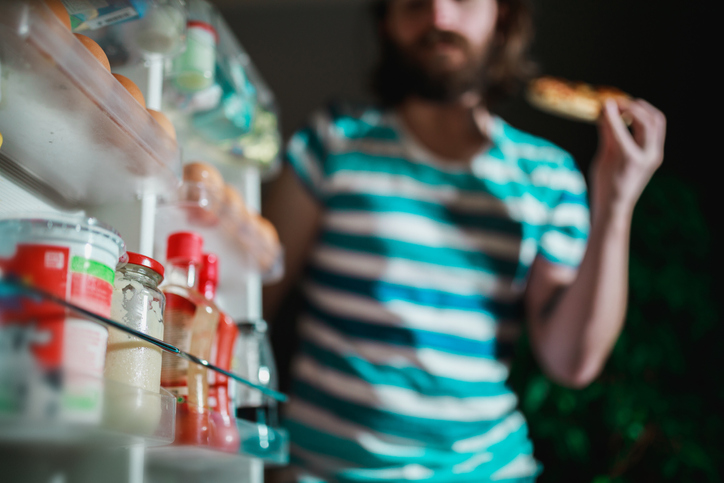 Many people chug caffeine-packed coffee or scarf down an energy bar to wake up, but what should you eat to wind down?

More than a third of adults in the United States are not getting enough shut-eye, according to the Centers for Disease Control and Prevention.

So, to make sure that your bedtime snack can be effective in promoting sleep, some experts say it should contain one essential amino acid: tryptophan.

“There is a real lack of studies that show that specific nutrients can influence sleep, either better or worse. There are a few exceptions. Tryptophan has been shown to induce sleep,” said Michael Grandner, director of the University of Arizona College of Medicine’s Sleep and Health Research Program.

Tryptophan, an amino acid, might help you snooze because once it enters your body, it’s converted into two brain chemicals associated with sleep: melatonin, which helps regulate your body’s natural sleep and wake cycles, and serotonin, which causes relaxation and drowsiness.

“Tryptophan is the reason why it is widely perceived that a Thanksgiving dinner causes drowsiness, because of the tryptophan in turkey. However, other foods contain tryptophan, and some have more tryptophan than turkey,” said Dr. Donald Hensrud, medical director of the Mayo Clinic Healthy Living Program and specialist in nutrition and preventive medicine.

Foods rich in carbohydrates, lean in protein, and low in fat also may boost the production of serotonin and melatonin, such as granola, unsweetened cereals, or whole-grain crackers with milk, according to the University of Maryland Medical Center.

Have a sweet tooth? Pineapples, oranges, and bananas also may be linked to increased melatonin levels, according to a small study published in the Journal of Pineal Research in 2012.

On the other hand, eating foods low in fiber but high in saturated fat and sugar is associated with a lower quality of sleep, such as having difficulty falling asleep or not spending as much time during your sleep cycle in a deep sleep. That’s according to a small study published last year in the Journal of Clinical Sleep Medicine.

Spicy foods and caffeine before bedtime are also associated with impaired sleep — and not only what you eat but when you eat can play a role in how well you snooze. One small study published in the Journal of Clinical Sleep Medicine in 2013 suggests that you should refrain from consuming caffeine within six hours of bedtime.

The CDC recommends avoiding large meals too close to bedtime. Grandner said people can eat a big meal for about four or five hours beforehand.

And what about late-night snacks? “It’s never too late to eat a small snack,” he said. “I might have a small snack about an hour before going to bed, but many nights, I don’t.”

People with gastroesophageal reflux disease, or acid reflux, should be careful not to lie down within three hours after a meal. That might trigger symptoms of reflux, which could interfere with sleep, Hensrud said.