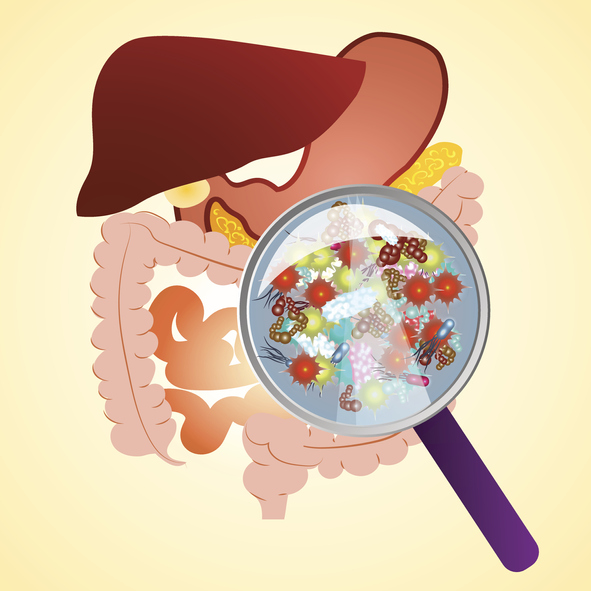 Heart failure patients who eat more dietary fiber have been shown to have healthier gut microbial flora, which in turn reduces their risk for death or the need for a heart transplant, according to a recent study led by Dr. Cristiane Mayerhofer, of Oslo University Hospital, Norway.

The findings of the study were presented at Heart Failure 2019, a scientific conference of the European Society of Cardiology.

Microbial flora in the gut composed of trillions of organisms has the potential to affect our health more than we realize. Previous research has shown that patients with heart failure tend to have changed in the composition of their gut bacterial flora.

* The study team observed that heart failure patients had significantly lesser biodiversity in their intestinal bacteria than healthy controls, with marked differences in the two main phyla of bacteria normally occurring in the human gut

* Heart failure patients had a lower ratio of Firmicutes/Bacteroidetes (F/B) compared to healthy persons, especially marked when heart failure was not caused by ischemic heart disease

* Also, patients who died of heart failure or needed heart transplant had reduced biodiversity of gut flora and a lower F/B ratio than healthy controls

* High TMAO levels are associated with an increased risk of adverse heart events, and gut bacteria are involved in its formation

The findings of the study suggest for the first time that increasing the intake of fiber content in the diet by including cereals, whole grains, fresh fruits and vegetables and reducing the consumption of meat is associated with healthier gut bacteria and a better outcome in heart failure patients. “Our findings suggest that the altered microbiota composition found in patients with chronic heart failure might be connected to low fiber intake,” said Dr. Mayerhofer. “If these findings are confirmed in future studies, my advice will be to choose foods high in fiber such as cereals, fruits, and vegetables to stimulate a healthy gut flora.”

About Gut Bacteria In Brief

In the last few years, research has focused on human microbial flora, especially gut bacteria. An important reason for this is the realization that these microorganisms are not just bystanders in the host, but may actually impact several host functions as well. There are approximately 160 bacterial species in the gut of any individual and the composition is host-specific and is very different in unrelated persons. Loss of diversity in gut bacteria can affect host health adversely.

Substances that promote the growth of good gut bacteria include the following:

The team is currently conducting the GutHeart trial, a randomized control study to observe the effect of a probiotic and antibiotic on gut microbial flora, heart function, and inflammatory changes in the heart in patients with heart failure.

The study aims to look at the effects of altering gut bacteria by administering probiotic and antibiotic in patients with heart failure in the clinical setting.

Consumption of increased dietary fiber by heart failure patients promotes the growth of healthy gut bacteria and reduces the risk of death or need for a heart transplant.