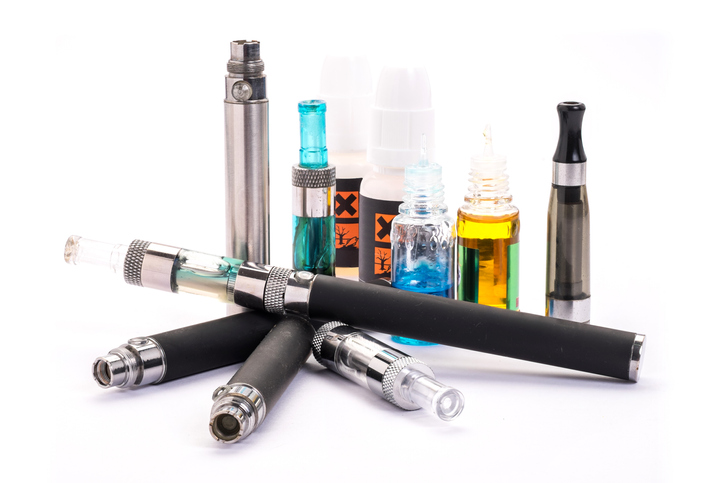 Flavoring liquids added in electronic cigarettes, or e-cigarettes such as cinnamon, menthol, caramel, fruit flavor, caramel, vanilla, and butterscotch have found to be harmful and may increase risk of heart disease when inhaled finds recent study led by Won Hee Lee, PhD, now an assistant professor at the University of Arizona, and Sang-Ging Ong, Ph.D., now an assistant professor at University of Illinois-Chicago The findings of the study appear online in the Journal of the American College of Cardiology

Although e-cigarettes reduce the risk of lung cancer, their effect on the heart and blood vessels are less clear and the study aimed to look at the effects of nicotine and flavoring liquids in e-cigarettes on the heart.

To this end, the study team analyzed human endothelial cells created in the laboratory from induced pluripotent stem cells or iPS cells. Human iPS cells are capable of differentiating into several cell types and enable scientists to study changes in human cells, which otherwise would be difficult to obtain directly from a patient.

This is the first study to use endothelial cells derived from human stem cells to directly analyze the effects of nicotine and added flavorings on their structure and function.

Effects of E-Cigarettes on Endothelial Cells

* The e-liquids also increased the endothelial cell concentrations of reactive oxygen species (chemicals that cause DNA damage) as well as levels of molecules involved in programmed cell death.

* Addition of cinnamon and menthol flavored e-liquids to the cell culture markedly affected the ability of the cells to form new blood vessels necessary for wound healing.

* The caramel and vanilla flavored e-liquids also disrupted new blood vessel formation but not as severely as menthol and cinnamon flavors.

* Endothelial cells exposed to caramel, cinnamon and vanilla flavors showed an increased uptake of low-density lipoproteins and lipids, which increases blood vessel inflammation and injury as well as a decreased ability for wound healing.

* Certain effects of the different e-liquids were dependent on the nicotine levels, but reduced migration of endothelial cells to the site of injury and loss of viability were independent of nicotine levels suggesting that both nicotine and the e-liquids had combined injurious effect on the blood vessels.

* On comparing the blood levels of nicotine in people after smoking e-cigarettes with those who smoked traditional cigarettes, it was seen that the nicotine concentrations in the blood were similar in the two groups after smoking for 10 minutes at a constant rate.

The findings of the study suggest that e-cigarettes are not safe for heart and blood vessels and can adversely affect the health of young kids smoking e-cigarettes, believing them to be safe

According to Joseph Wu, MD, PhD, director of the Stanford Cardiovascular Institute and professor of cardiovascular medicine and of radiology, “Until now, we had no data about how these e-liquids affect human endothelial cells. This study clearly shows that e-cigarettes are not a safe alternative to traditional cigarettes. When we exposed the cells to six different flavors of e-liquid with varying levels of nicotine, we saw significant damage. The cells were less viable in culture, and they began to exhibit multiple symptoms of dysfunction.”

In summary, flavoring liquids added to e-cigarettes cause significant damage to heart and blood vessels and strict regulations should be enforced to control the use of e-cigarettes especially among children. In fact, the FDA has ruled that only tobacco, menthol, and mint flavors can be sold at all shops while the other flavors including cinnamon can only be sold at adult venues.